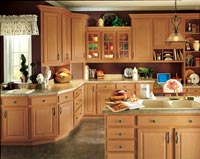 A new survey of remodelers from NAHB Remodelers tells us that whole house remodels and additions are regaining market share. That means more homeowners are investing in major updates to their home according to the remodeling arm of the National Association of Home Builders (NAHB).

“While bathroom and kitchen remodels remain the most common renovations, basements, whole house remodels and both large and small scale additions are returning to levels not seen since prior to the downturn,” said 2016 NAHB Remodelers Chair Tim Shigley, a remodeler from Wichita, Kansas.

In the survey, remodelers reported that the following projects were more common than in 2013:

For more information about remodeling, visit nahb.org/remodel. To find the cost of hundreds of improvement projects visit us at www.diyornot.com to compare the cost of doing it yourself with hiring a contractor.

Gene and Katie Hamilton are authors of 20 home improvement books and creators of www.diyornot.com, a website that compares the DIY and contractor costs of hundreds of repair, decorating and remodeling projects. Their weekly column Do It Yourself or Not is syndicated by Tribune Content Agency.